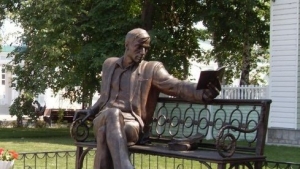 The ceremony devoted to the opening of Boris Pasternak's Museum was held at the railway station square in the village of Muchkap. After speeches by A.A. Khoruzhyi, the Chief of the Muchkap Administration, A.N. Chelikin, the Head of the Tambov Regional Historical Museum, and V.V. Kolchanov, a TSU Professor, everyone visited the museum where they learned more about Pasternak and his connection to the Muchkap region. In addition to learning more about Pasternak’s life, festival participants enjoyed Muchkap lemonade and herbal tea brewed in a traditional Russian samovar.
After the ceremony, Pasternak poetry readings took place at the District House of Culture. N. Nemtinov, L.P. Maltseva, S.M. Murashko, V.I. Repin, D.V. Naberezhnev etc. demonstrated their knowledge of Pasternak’s poetry. Following these activities, the presentation of Evgeny Melnikov’s new book “The Mill” took place. The speech of S.A. Chebotarev, the Chief of the Tambov Region Administration, concluded the festival. Chebotarev congratulated participants and awarded them with certificates of participation.

On July 2, 2016, the opening ceremony of the B.L. Pasternak Museum was held at the railway station in the city of Muchkap within the Tambov region (Russia) as a part of the fourth annual Festival of Poetry, known as "Pasternak and Muchkap." Muchkap, already the site of Russia's only monument to Pasternak, world-reknowned author of Russian literature, now proudly boasts a museum in his honor. Pasternak made several trips to visit his beloved Elena Vinogradova-Dorodnova in 1917 that forever linked the poet to the village. "My Sister, My Life," while his third book, was undisputably the first which brought him world recognition, placing him among the great poets of Russian literature. The climax of the book was drawn from these very trips to Muchkap in July and September of 1917. Suffice it to say that, for Pasternak, the summer of 1917 was that of a miraculous transformation. In those days, when love bared his soul revealing his feelings to the world, the natural beauty of Muchkap helped open the door for his creativity and changed Pasternak forever. These forces having coalesced within him, gave the world a great literary miracle - Boris Pasternak! Muchkap is proud to have been the place of this transformation, thus making the poet and the city inseparable. Even those who have never visited the city or the surrounding region, but have read Pasternak, have unconsciously been introduced to Muchkap. While no physical evidence reminiscent of his stay in Muchkap remains, the intangible link between the poet and the village represents a site of cultural heritage, which, according to the International Convention, was adopted by UNESCO in 2003 and should be protected. At the center of this connection, the heart and soul of the village's link to the great poet, is the Muchkap railway station, where a monument will commemorate the poet, the era and his time here culminating in the historical and cultural legacy of Pasternak and Muchkap in 1917.
S.N. Vityutin

More about the opening ceremony of the Pasternak Museum in 2016: 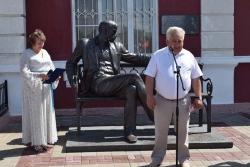 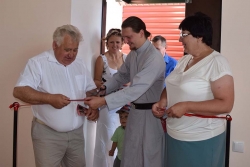 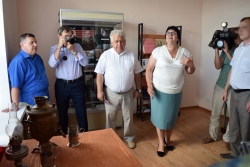 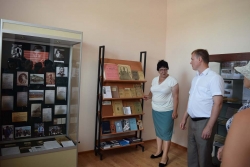 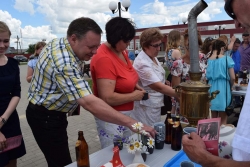 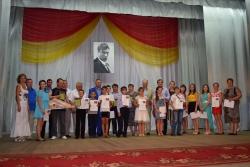