The 1st Festival of Poetry "Pasternak and Muchkap" was held in the Muchkap region on June 29, 2013 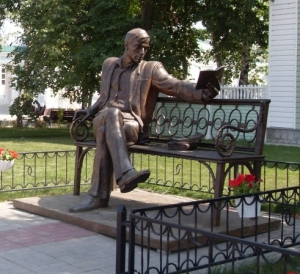 The 1st Festival of Poetry "Pasternak and Muchkap," dedicated to poetry and literary works of Boris Pasternak, took place on June 29, 2013/    The grand opening of the festival took place next the monument of Boris Pasternak. A.A. Khoruzhyi, the Chief of the Muchkap Administration, opened the festival with a welcoming speech. Notable speakers included the Tambov Duma official, S.V. Korosteleva, as well as S.A. Chebotarev, S.V. Smolitskyi and others. Many words were said about the great poet and his role in Russian culture. Poetry readings took place in the District House of Culture. The festival lasted until late in the evening.