The 3rd Festival of Poetry "Pasternak and Muchkap" was held in the Muchkap region on July 4, 2015.

The opening ceremony was held at the central square of the village of Muchkap. After the speech by A.A. Khoruzhyi, the Chief of the Muchkap Administration, everyone laid flowers next to the monument of Boris Pasternak. After the ceremony, Pasternak poetry readings took place at the District House of Culture and the Children's Reading and Creativity Center. Following these activities, all participants were awarded certificates of participation. Notable participants included S.V. Smolitsky (nephew of Elena Vinograd), I.A. Erisanova (Head of the Museum-House of Boris Leonidovich Pasternak in Peredelkino), and L.E. Khvorova (Ph.D. in Philology and Head of the Department of Philology, TGTU Derzhavin).

Later that day, the District House of Culture held a charity event entitled "Give the Children Books." This event was carried out with the purpose of replenishing the Children's Library Fund with a list of needed children's literature found in the central district library.

On July 4, 2015, the District House of Culture hosted the 3rd Festival of Poetry "Pasternak and Muchkap", which was attended by local ninth-grade students, Maria Fedulova and Daria Ledovskaya. They read two of Pasternak's poems, "Indian Summer" and "The Snow Comes," and were awarded certificates of participation.
The festival was well-received by its organizers and participants, who managed to create a cozy atmosphere that helped everyone to dip into the artistic world of the poet and his work. 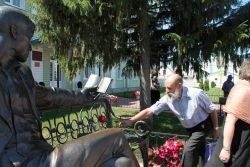 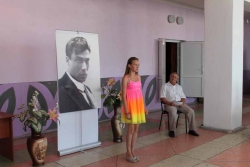 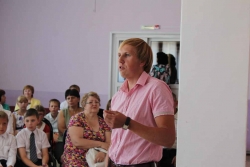 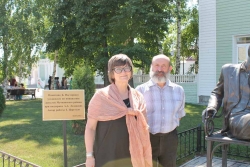 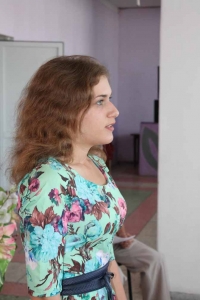 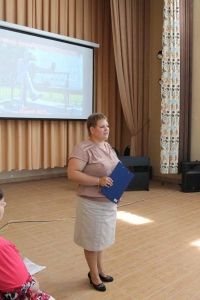